The town was founded in 1803, and was originally part of Gallatin. In 1814 Ancram separated from Gallatin and became an independent Town. The name was derived from the Livingston homestead in Anchoram, Scotland. Robert Livingston, first Lord of the Manor was the son of a Scotch clergyman, born in Anchoram, Scotland in 1654. The town comprises 27,000 of the total 160,000 acres the Livingston family had held from the initial grant by the English Crown in 1686. Philip Livingston, grandson of Robert, founded the first iron works in 1743, the only one of its kind on the banks of the Roeliff Jansen Kill and in the NY Colony. There were four forges, a blast furnace and a refinery forge that employed 75 to 100 men at full operation. Three iron mines and a lead mine supported the iron works.

The Ancram iron works later became important as an early “defense plant”. It was in Ancram that iron was made for the cannon balls for the Continental artillery and the links for the great chain that was stretched across the Hudson River between Anthony’s Nose and Fort Montgomery, to keep the British fleet from sailing up the Hudson to attack West Point.

This iron works became a paper mill in 1854 and still operates as a paper mill today. It is the longest continuously operating mill in New York State and one of the largest employers in Columbia County

By 1852, the railroads had come to Boston Corners. There were three, the Harlem, the CNE and the P&E. At this time, Boston Corners was still a part of Massachusetts, but was isolated from the State by the Taconic Range and was without any effective law enforcement.

The combination of access by rail and no effective law enforcement made Boston Corners a favorite spot for boxing, which was illegal at the time, and led to the great boxing match that lasted 37 rounds between “Yankee” Sullivan and John Morrisey. Ten thousand sports fans arrived by railroad and took over the small village for two days. Influenced by the chaos of this incident, the State of Massachusetts ceded Boston Corners to New York in May of 1853. Congress ratified the transaction January 1855 and the Town of Ancram annexed Boston Corners on April 13, 1857.

The first residents of Ancram were mostly farmers brought here in 1740-1741 when Livingston brought several families from Scotland. The majority of the farmers grew crops, mainly wheat, on leased land. Part of the crop was paid as rent to the Lord of the Manor.

“Modern” dairy farming came to Ancram with the railroads. In 1872 rail service was extended to Ancram Lead Mines (Ancramdale). Town supervisor Jacob Miller was the first to take cans of milk down to the train station in Ancramdale and shipped them to Boston Corners and then on to New York City on the Harlem line. In 1875 the railroad arrived in Ancram, providing access to the New York market for Ancram farmers as well. Stimulated by the ability to ship milk by rail to New York, more farmers focused on dairy farming and created the large dairy herds which have characterized farming in Ancram since the railroads arrived in the mid-1870’s.

During the late – 1800s Ancram supported several stores, blacksmith shops, hotels, milk plants (one of which is now the Town Garage), a tin shop, and carriage makers. Four churches had been built in the mid-1800s, and Ancram was a prosperous community.

Telephone service came to town in 1901. Electricity was brought to the Ancram Lead Mines (now Ancramdale) and Ancram in about 1924. In 1930, Ancram Lead Mines changed its name to Ancramdale. There were 14 district schools in Ancram that were centralized in 1930 with Roeliff Jansen Central and Pine Plains Central schools. The two-room schoolhouse in Ancram on Route 7 (District No. 10) remained in service under the Roeliff Jansen School system until 1968 when it closed. In 1975, this building became the Town Hall and Courthouse, and remained as such until the new Town Hall and Courthouse was built in 2003, and is now an antique shop.

Construction dates not known:
Barton Hoysradt’s store in Ancramdale. It’s now the Farmer’s Wife
Stiehle House, in Ancram on Rte 82 opposite Rte 7, next to the Ancram Tavern
Tin Smith House, on the corner of Rte 82 and Rte 7 in Ancram, opposite Stiehle House

Cemeteries in the Town of Ancram

Note: The information used in this historical overview was based on materials taken from an article on “A History of Ancram” by Hilary Masters in the 1990 edition of “A History of the Roeliff Jansen Area”. Masters’ review was based on materials prepared by Ethel Miller and revised by Clara Van Tassel. Information on the important dates, places and cemeteries was provided by Clara Van Tassel.

Please take notice that the Town of Ancram Planning Board will hold a public hearing on Thursday, July 1st, 2021 at 7:00 PM at the Ancram Town Hall, 1416 County Route 7, Ancram NY, 12502. Under consideration is the application for a Special Use Permit for a Short Term Rental by Sake Group LLC. The p … 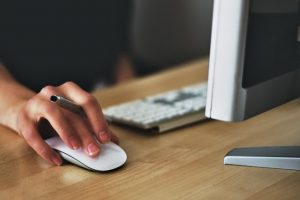 The Town of Ancram has made every effort to ensure that information posted to this website is correct at the time of posting. However, meeting dates, times and places are always subject to change; it is recommended that you contact a local official or the representative of an event posted, for confirmation before attending. Content of this website, although checked for accuracy, is not warranted to be error-free. The Town of Ancram provides links to web sites as a convenience to users and makes no representation concerning these web sites and does not assume any responsibility for their content.